This summer is quickly turning into a summer of firsts: my first summer as a college graduate, my first US road trip to Michigan (and quite possibly my first US road trip in general), and my first trip to Croatia. Although I arrived home from Croatia a while ago, I’ve been struggling to figure out how a blog post, how this blog post, could do such an eventful trip justice. While I am by no means a historical expert nor do I claim to have experienced the entire country of Croatia, I think it would be a shame not to document and share the amazing experience I had while I was there.

I found Croatia to be, ironically, both very similar and incredibly different to other european countries I have visited. Walking down the narrow paved streets that lined the inside of the old city in Dubrovnik reminded me so much of walks I had taken down paved side-streets of Rome. The port in Rovinj, however, complete with clear blue water and the countless docked boats, bore a striking resemblance to Grecian ports I had often departed from as a child. Despite these similarities, Croatia had a clean, eclectic atmosphere that encompassed nature, historical architecture, and buzzing activity that only firsthand experience can capture. 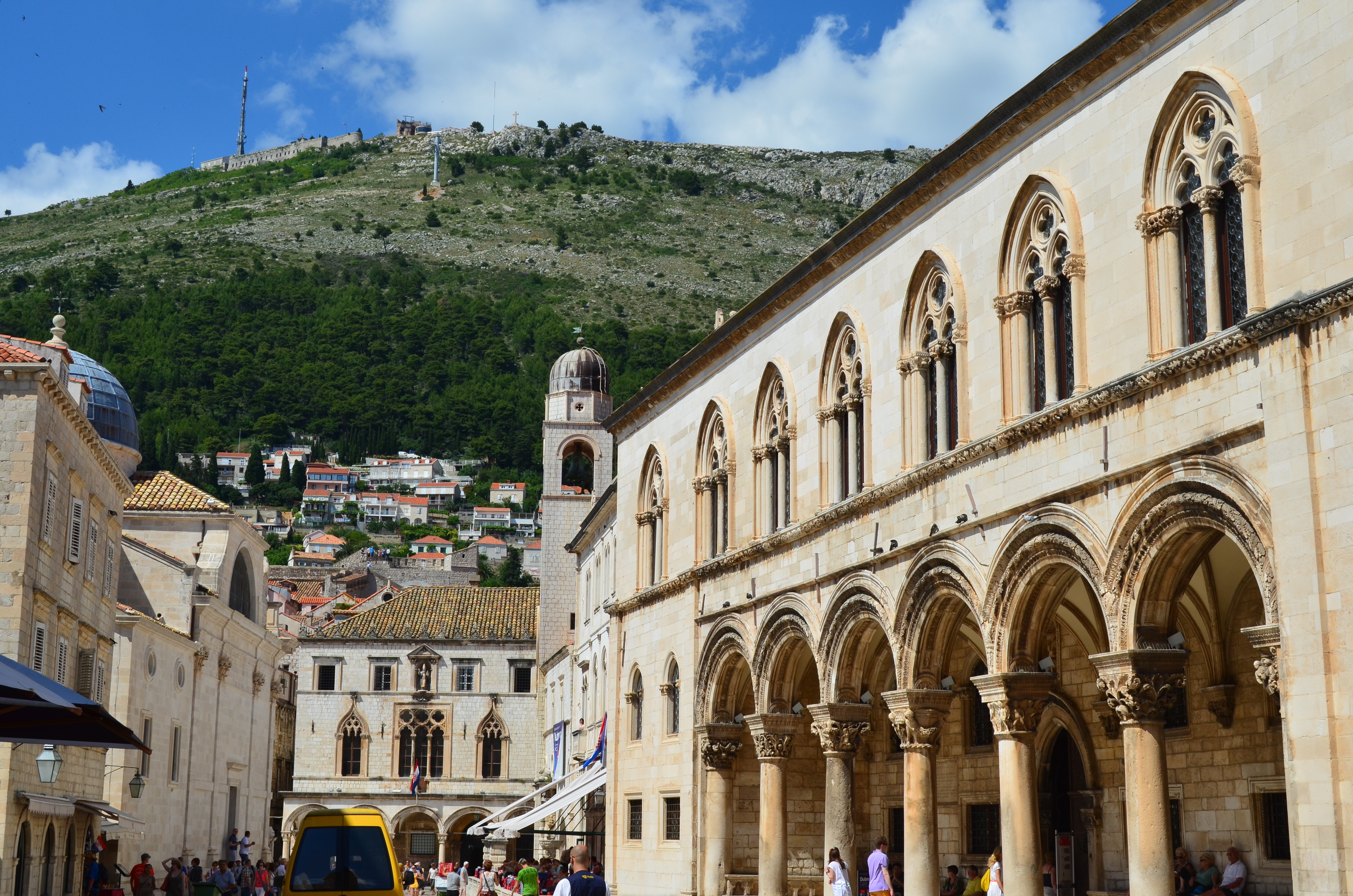 Our first stop on our trip was Dubrovnik. The old city, which we walked through every day that we were there, housed constant activity. Not only was I fascinated by the normalcy of civilians as they did their daily routines within the walls of such a historically rich and architecturally unique city, but I was also amazed by the abundance of greenery that peeked around every paved street corner. Whenever I looked past the architectural designs of the buildings within the city (or Rector’s Palace, pictured above), I almost always saw green hilltops sprinkled with farm houses or the remnants of a stone church. As if that wasn’t enough nature, the bright blue sky offered such a nice contrast from the diluted skies of polluted cities. 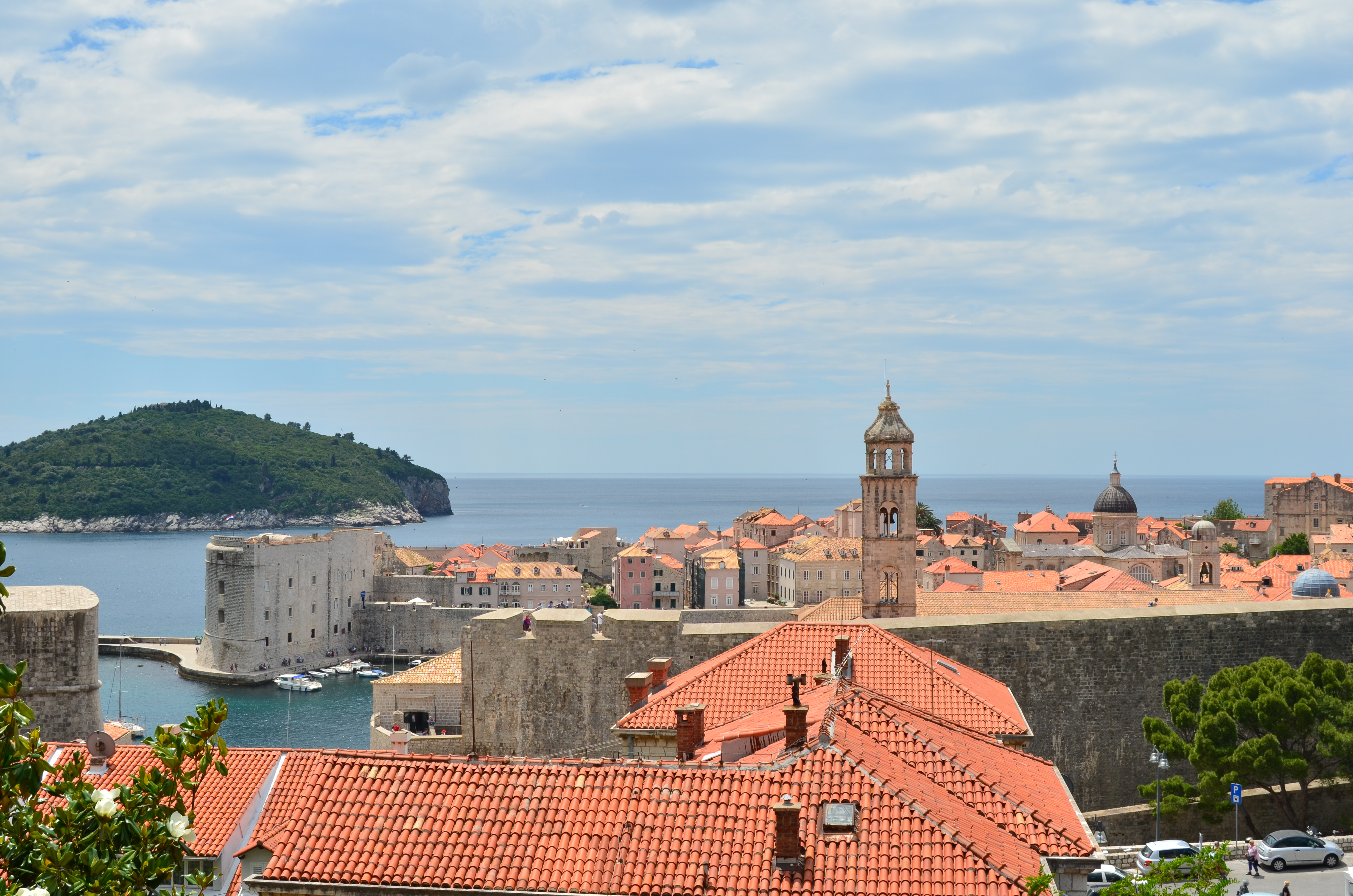 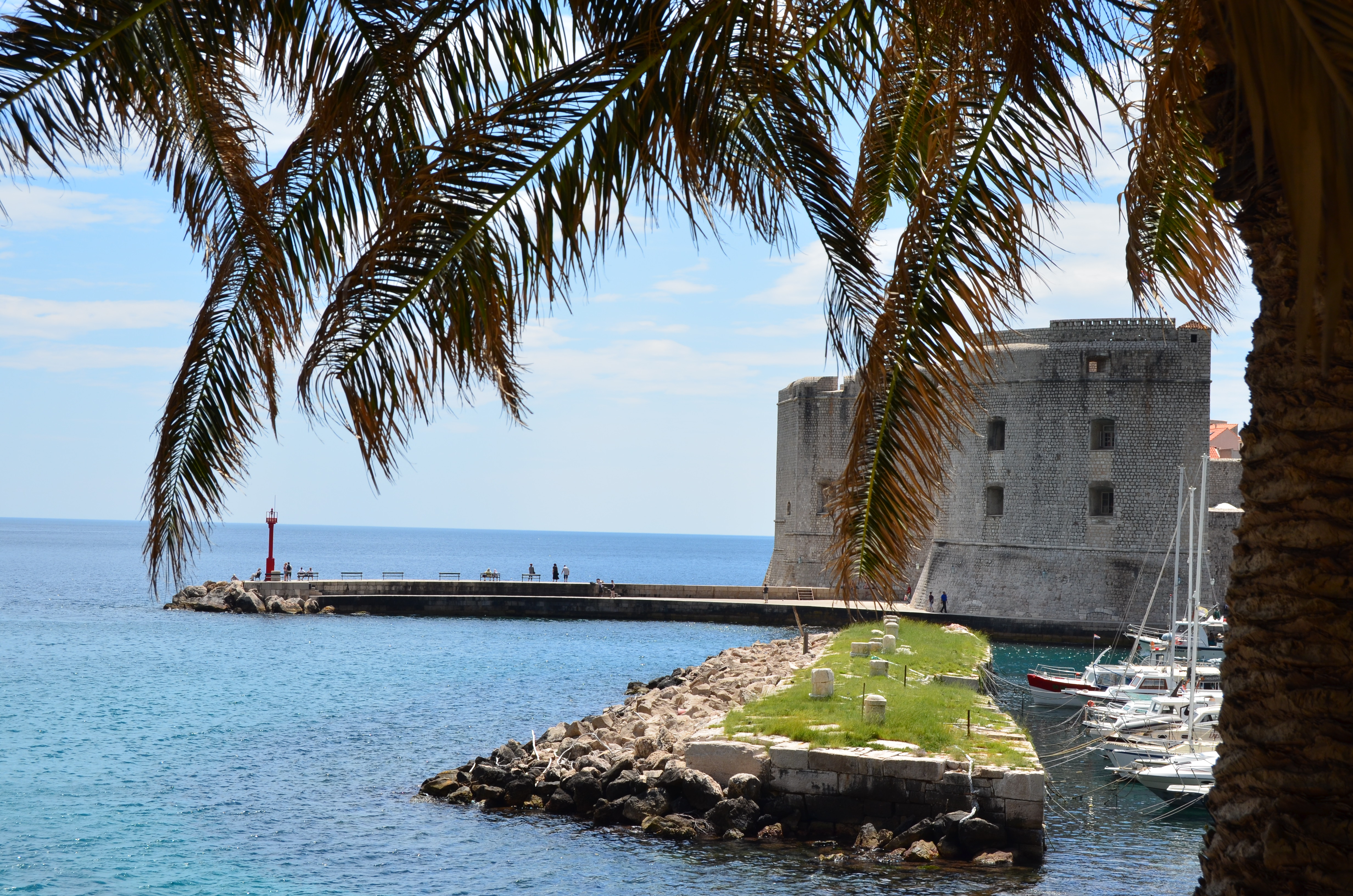 In Dubrovnik, the walls of the old city seemed to me to simply be a normal part of daily life, something that may not be as rare to see in Europe, but surely isn’t something I see everyday back home. 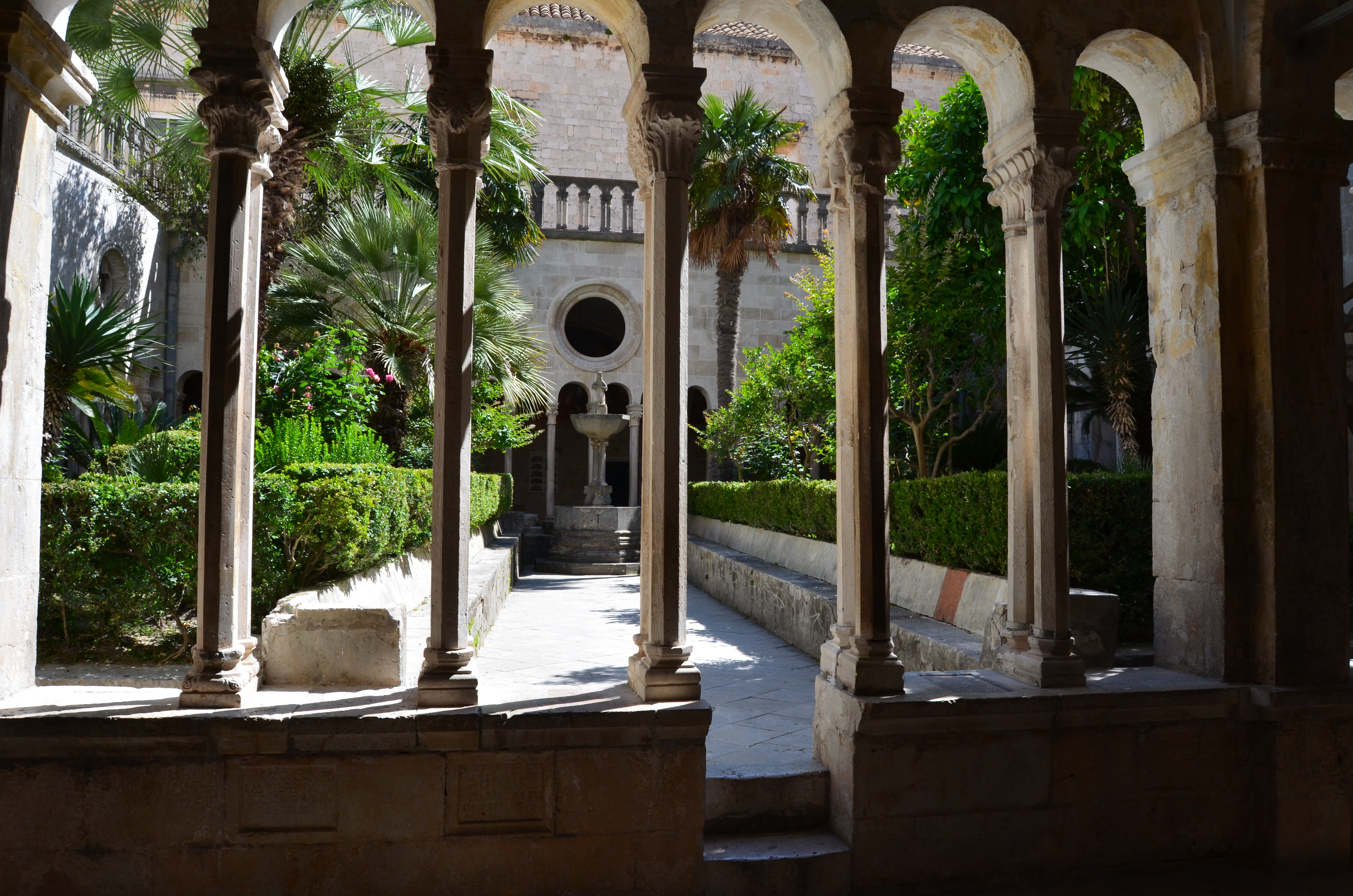 At one point, we stopped by the Franciscan Monastery, another example of an amazing piece of history  enveloped by the busyness of the city. While the intricate architecture of the Monastery held works of art that Art History textbooks would envy, the courtyard embraced greenery that looked like it had just recently been watered. 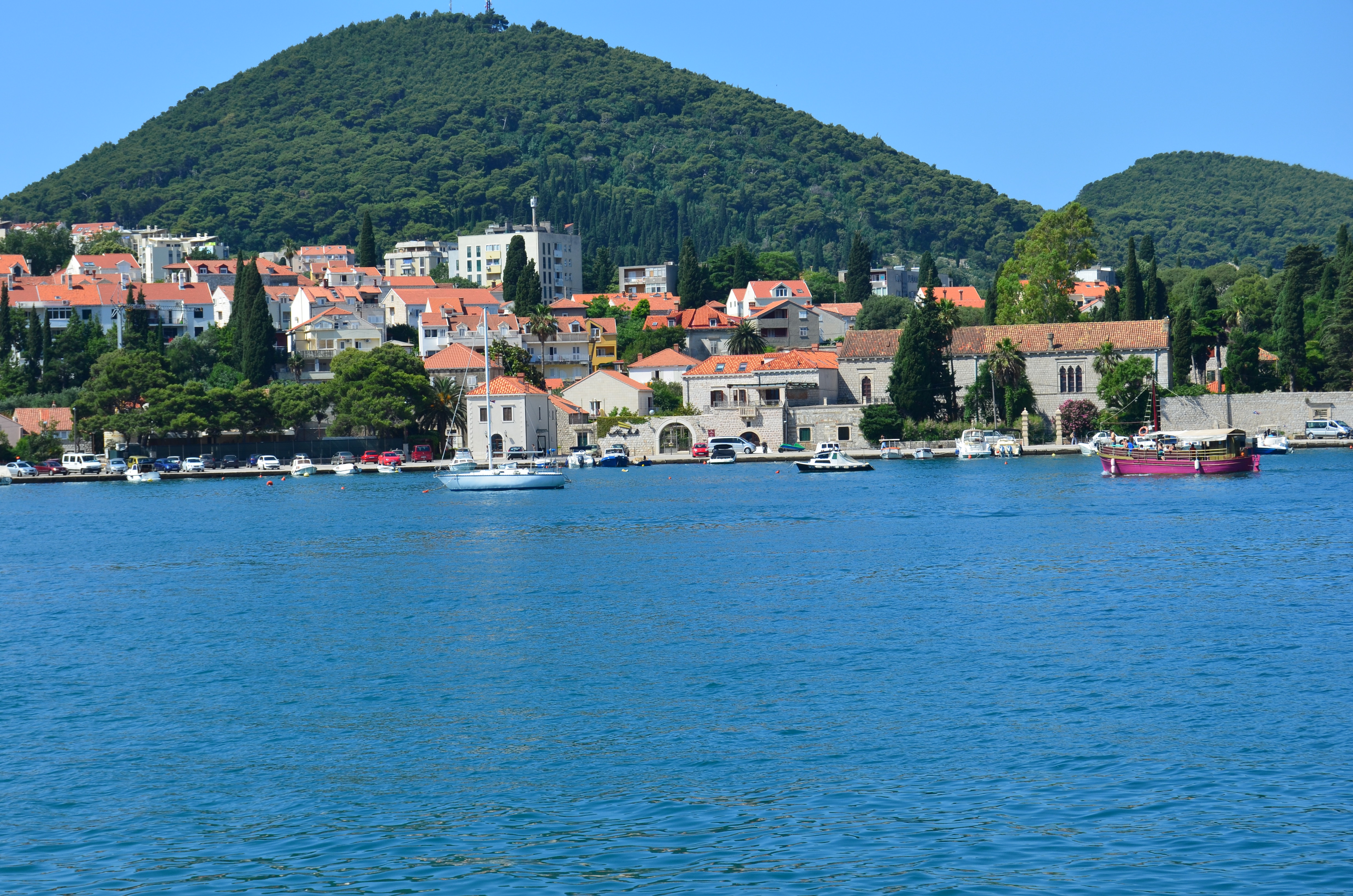 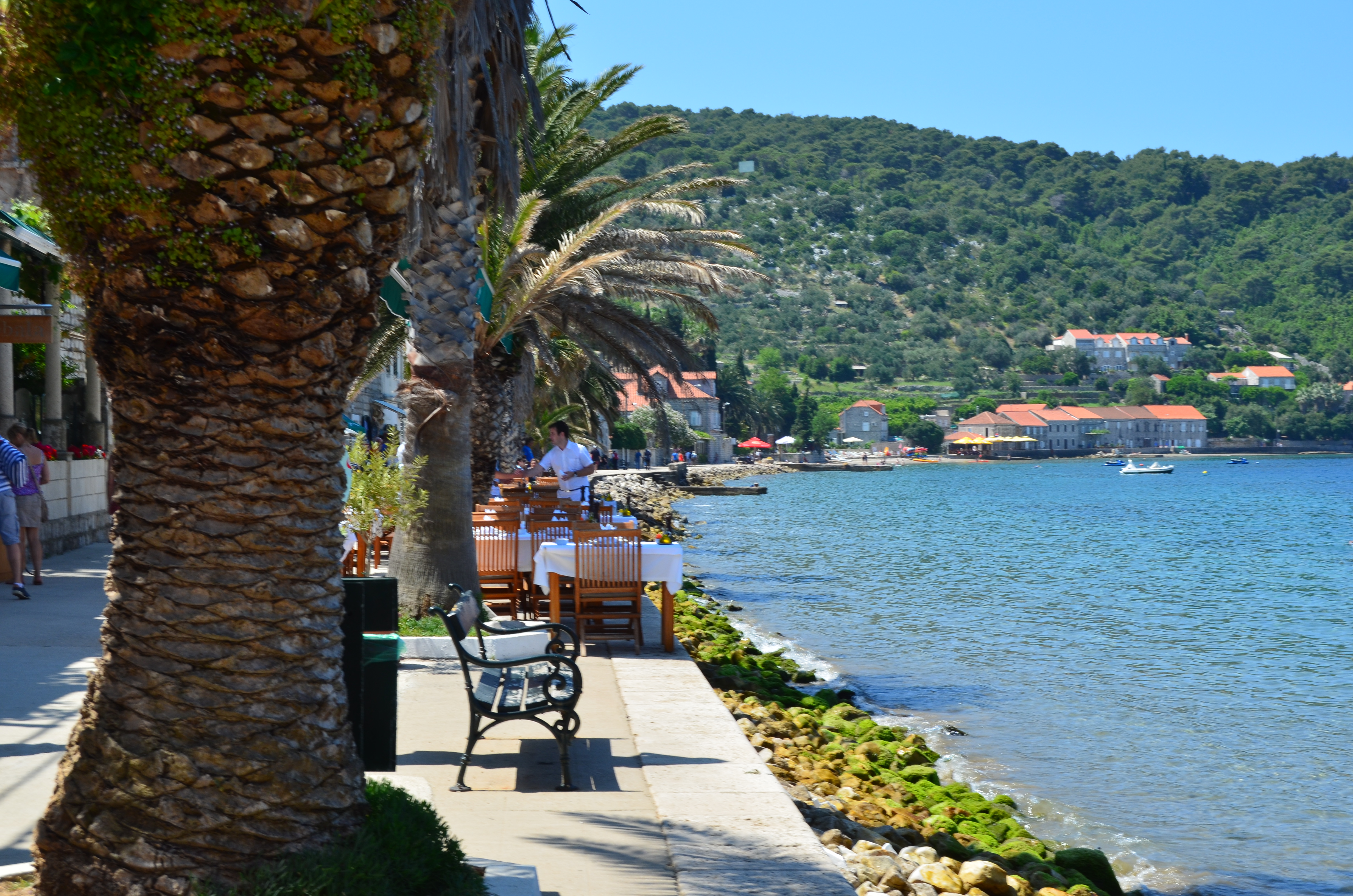 While in Dubrovnik, we took a day trip to the island of Lopud. The view of Croatia from the ferry reminded me so much of the coast of Serbia, and the island itself reminded me of Greek islands. This was, evidently, one of many incidences in which I found Croatia to be such a beautiful blend of so many of my past experiences, a country that gave me sentiments of both familiarity and new adventures. 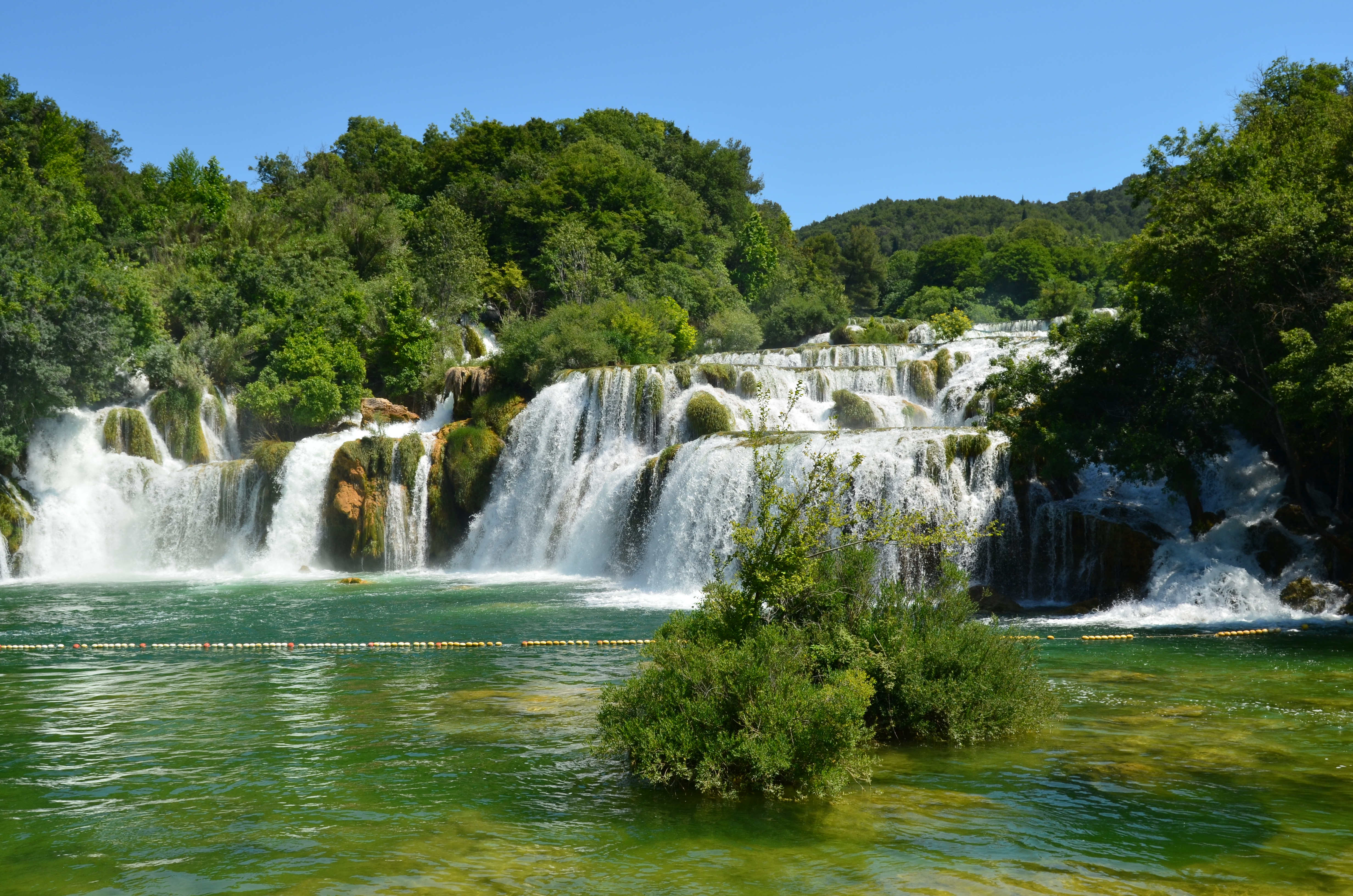 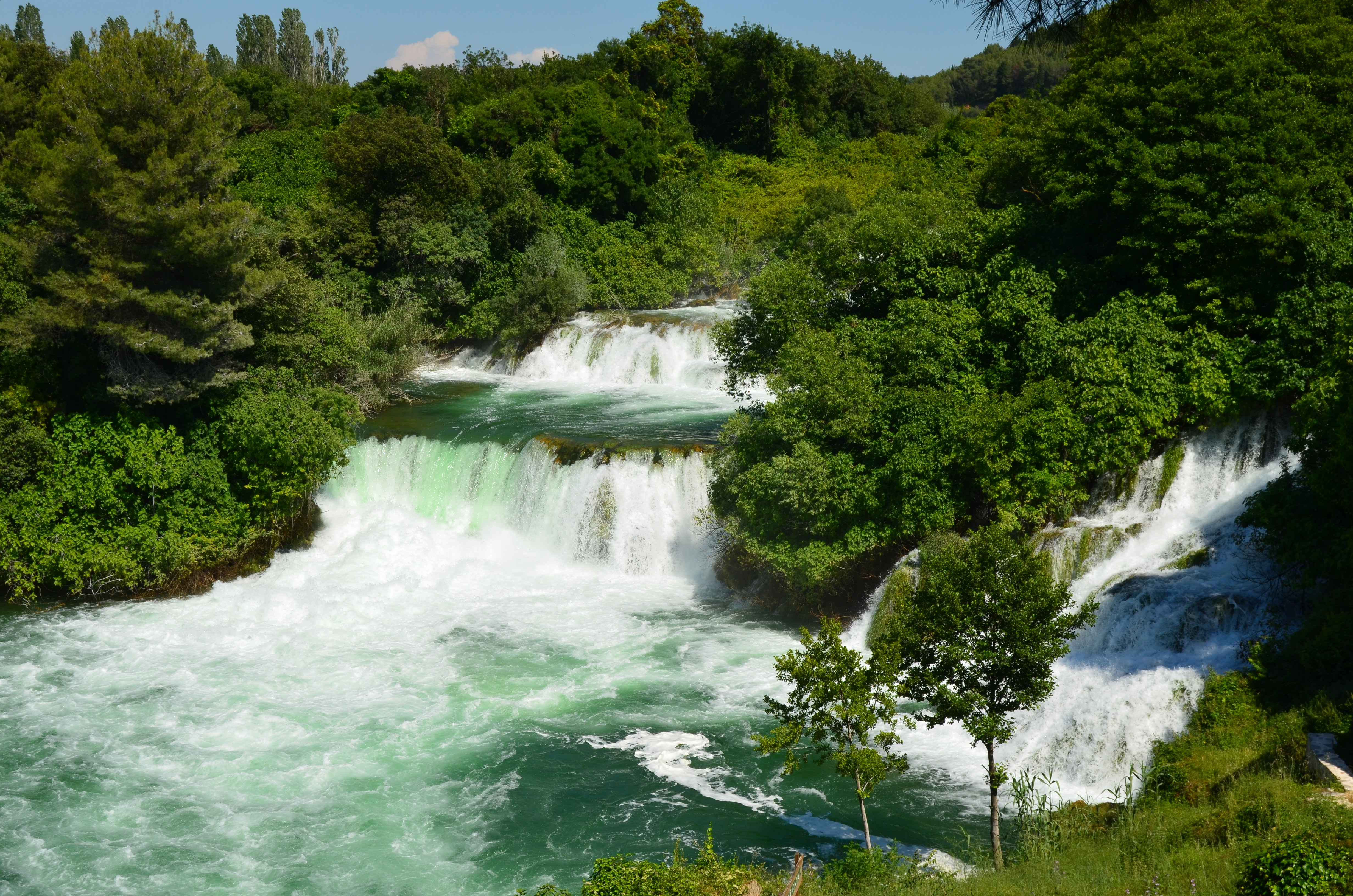 The Krka National Park, however, was unlike anything I have ever seen before. It was like hiking up a lush mountain, walking through a rainforest, and seeing magnificently impressive waterfalls all at once. People were even allowed to swim at the bottom of certain waterfalls! 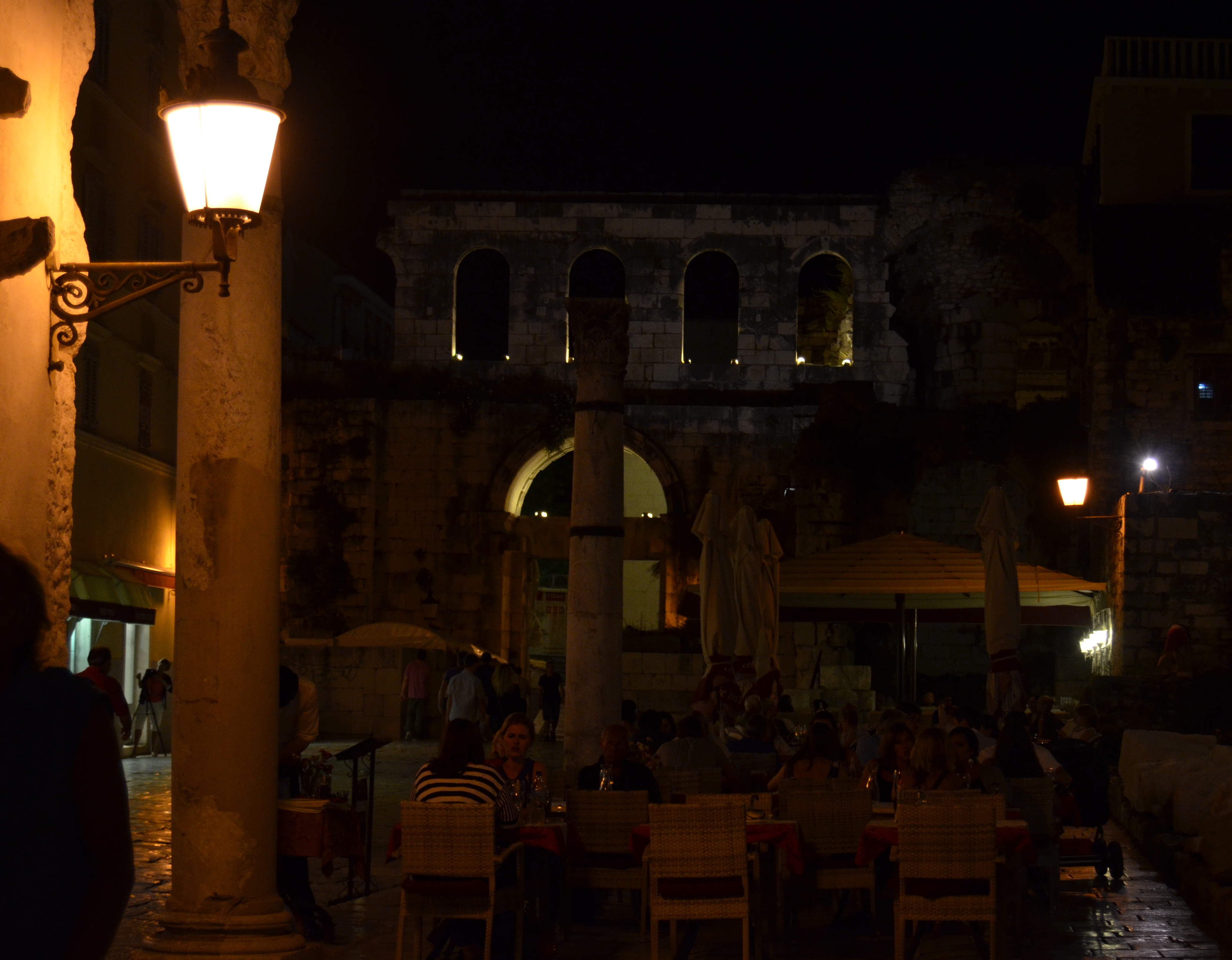 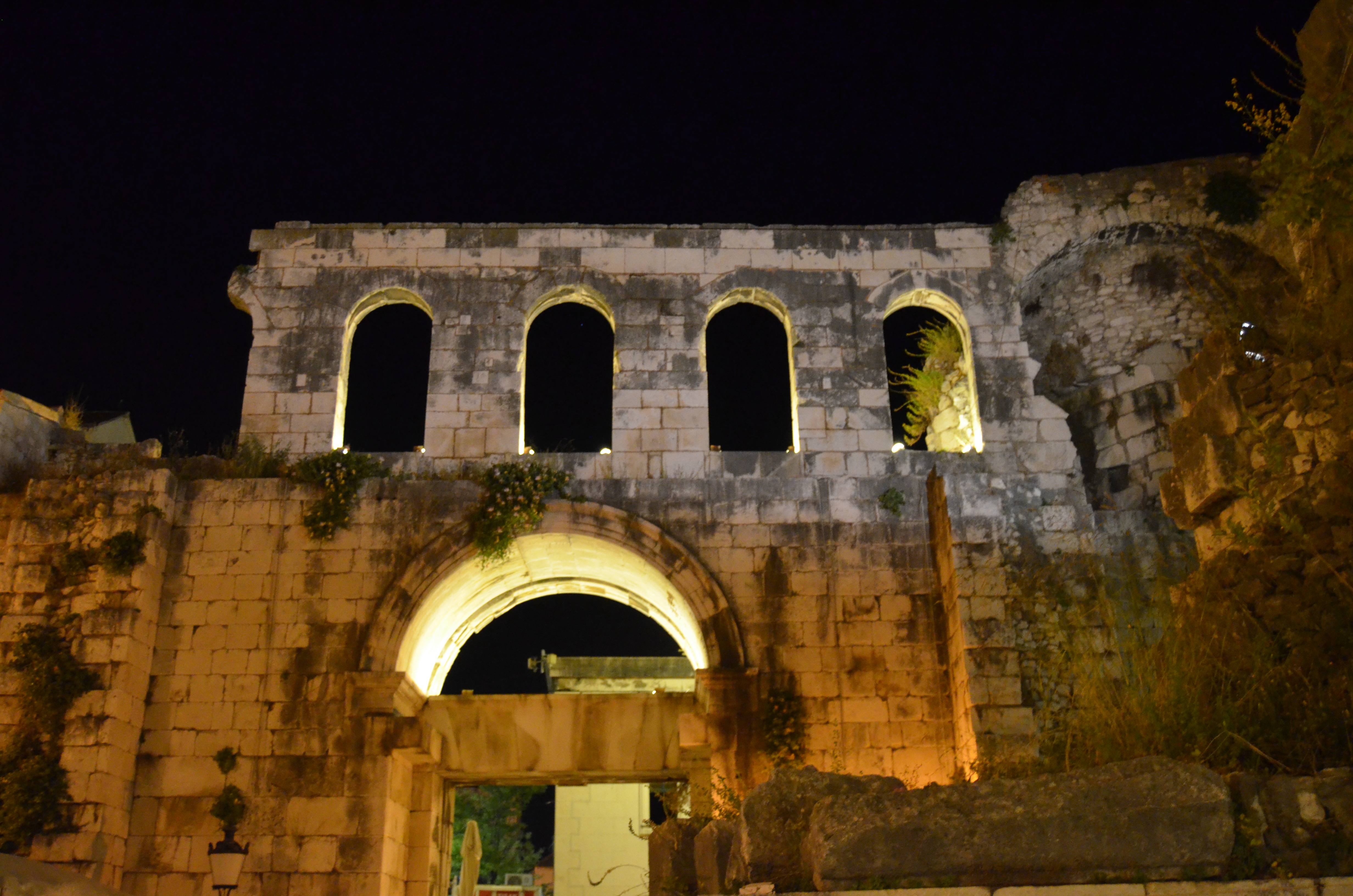 We also visited Split, another display of “old city meets new city” integration (I can’t get enough of it!). Imagine sitting in the square behind those beautiful, lit up arches, eating an ice cream cone, listening to musicians play acoustic, traditional, Croatian music. Sounds incredible doesn’t it? (Believe me, it is, I’ve done it.) 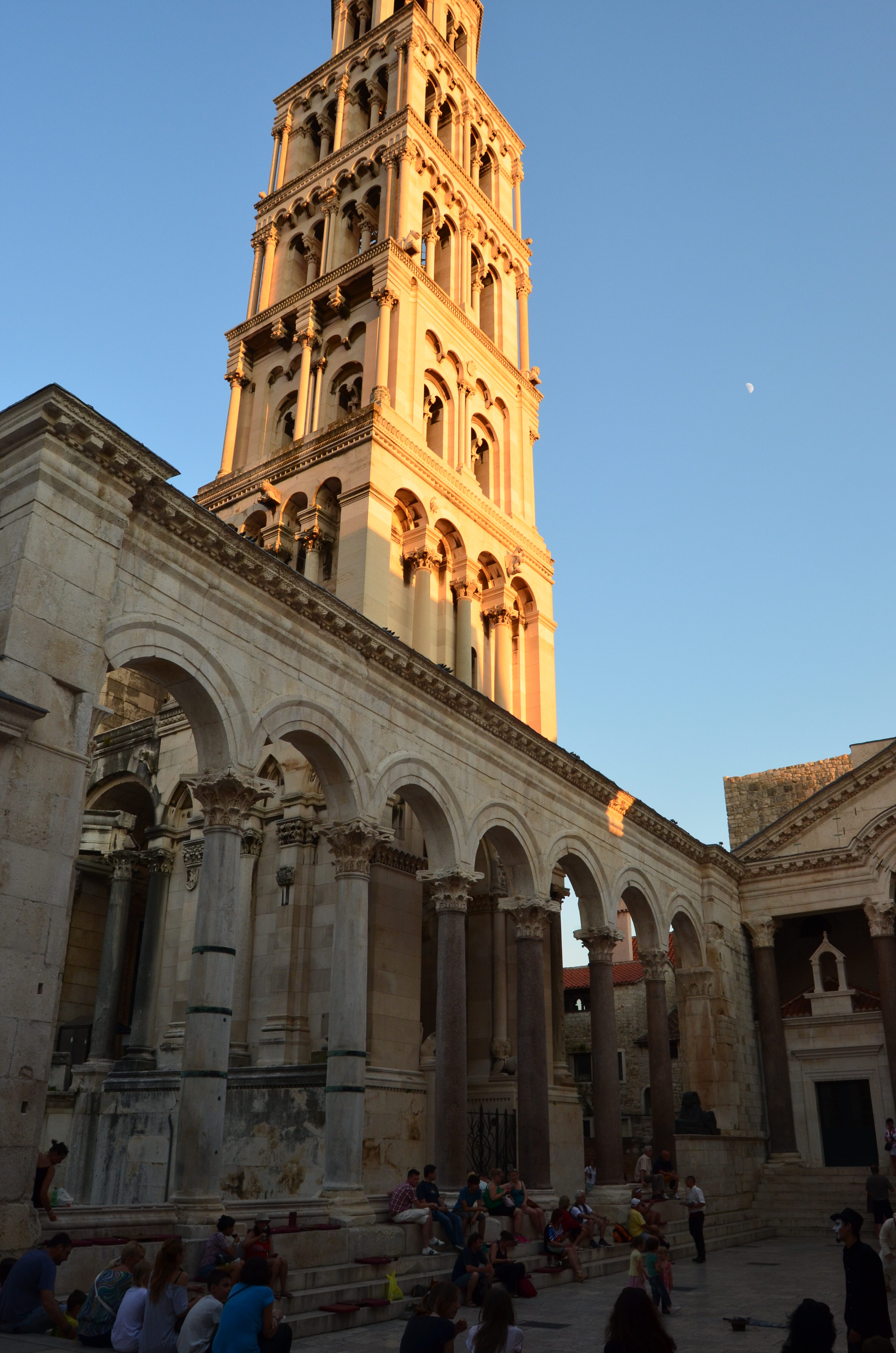 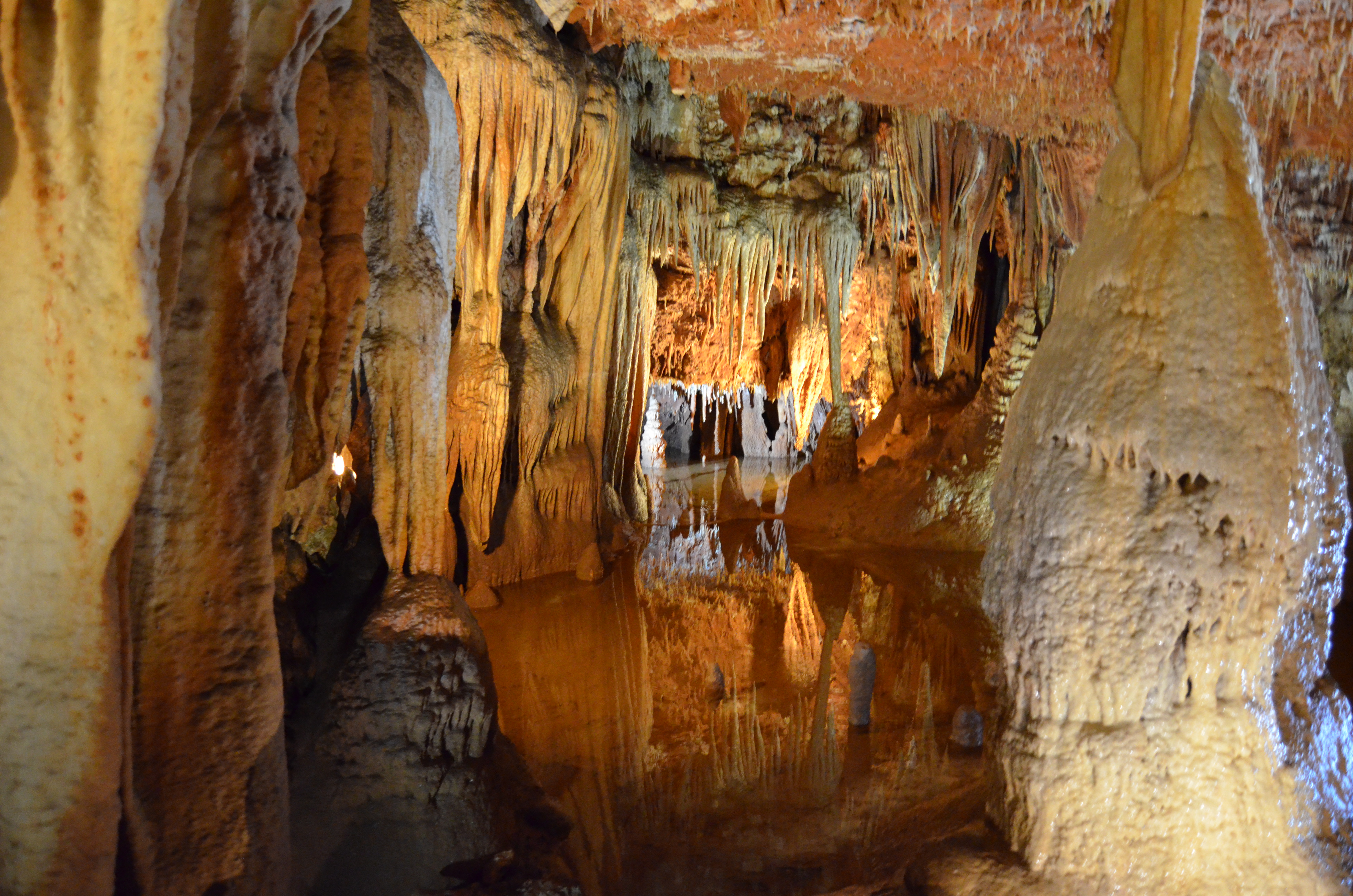 Next stop: Istria. While in Istria, we explored the underground Baredine Cave. The downward walk was chilly and slightly terrifying, but the stalagmites and stalactites that we saw on the way made the journey well worth it. 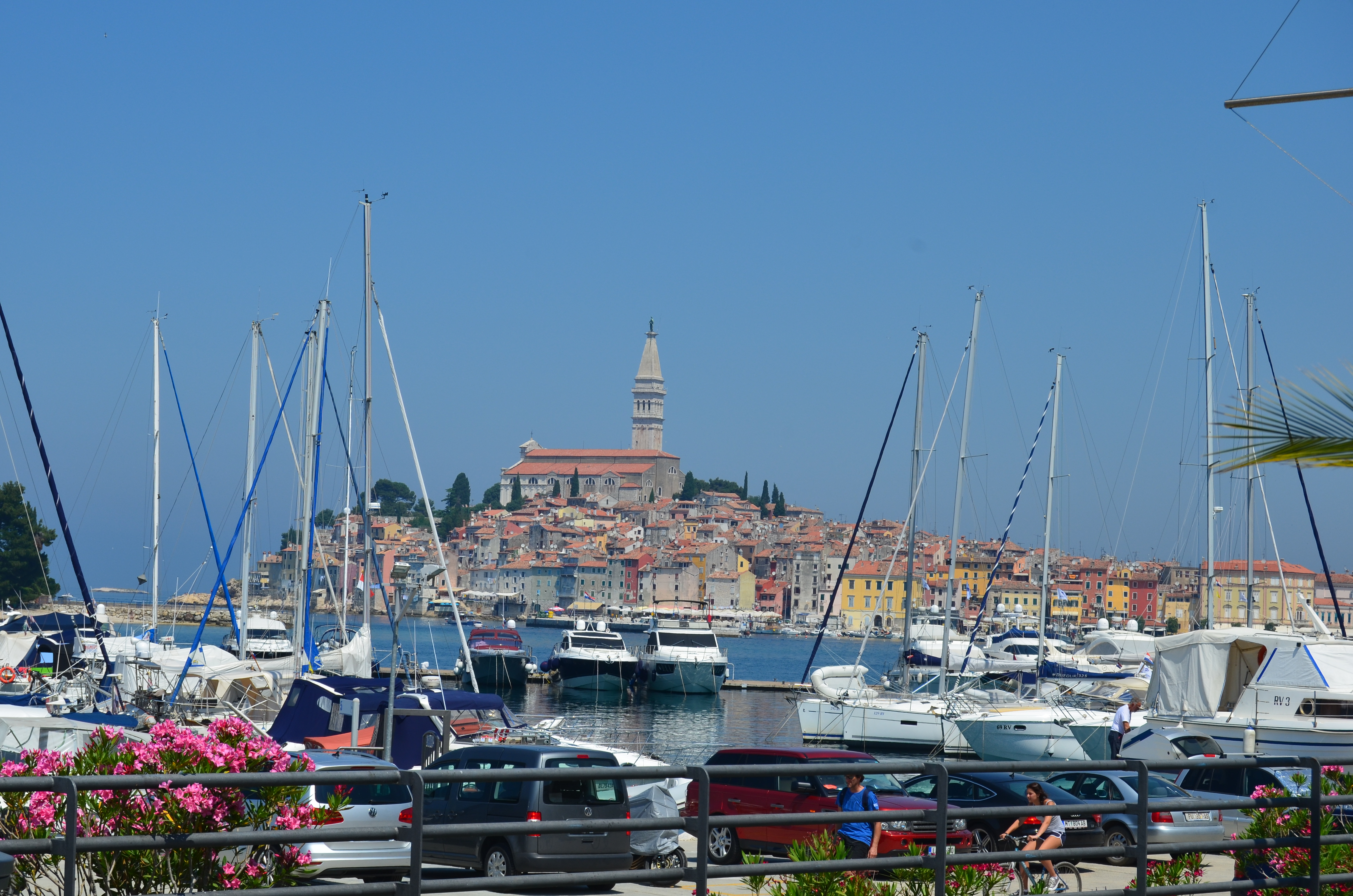 While the docked boats and the old city in Rovinj (pictured above) obviously struck a chord with me, it was the upward drive that subsequently turned into an upward walk (hike?) in nearby Istria that left an impression on me. Let’s see if I can create a verbal snapshot of that experience: green pastures, peace, tranquility, cobblestone pathways, fresh air, amazing views, and truffle oil. That snapshot absolutely does not do it justice, but perhaps the following pictures will come a bit closer: 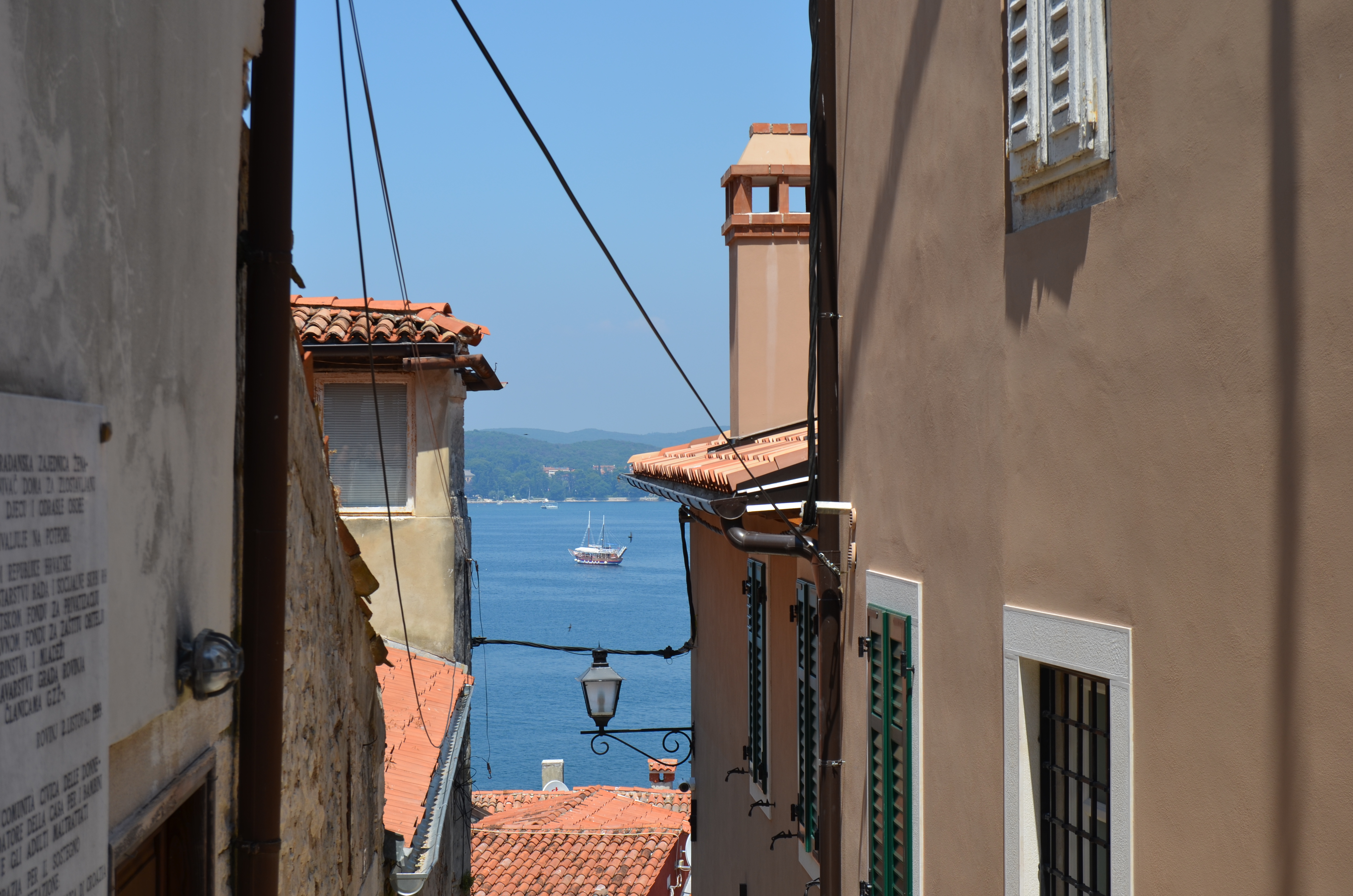 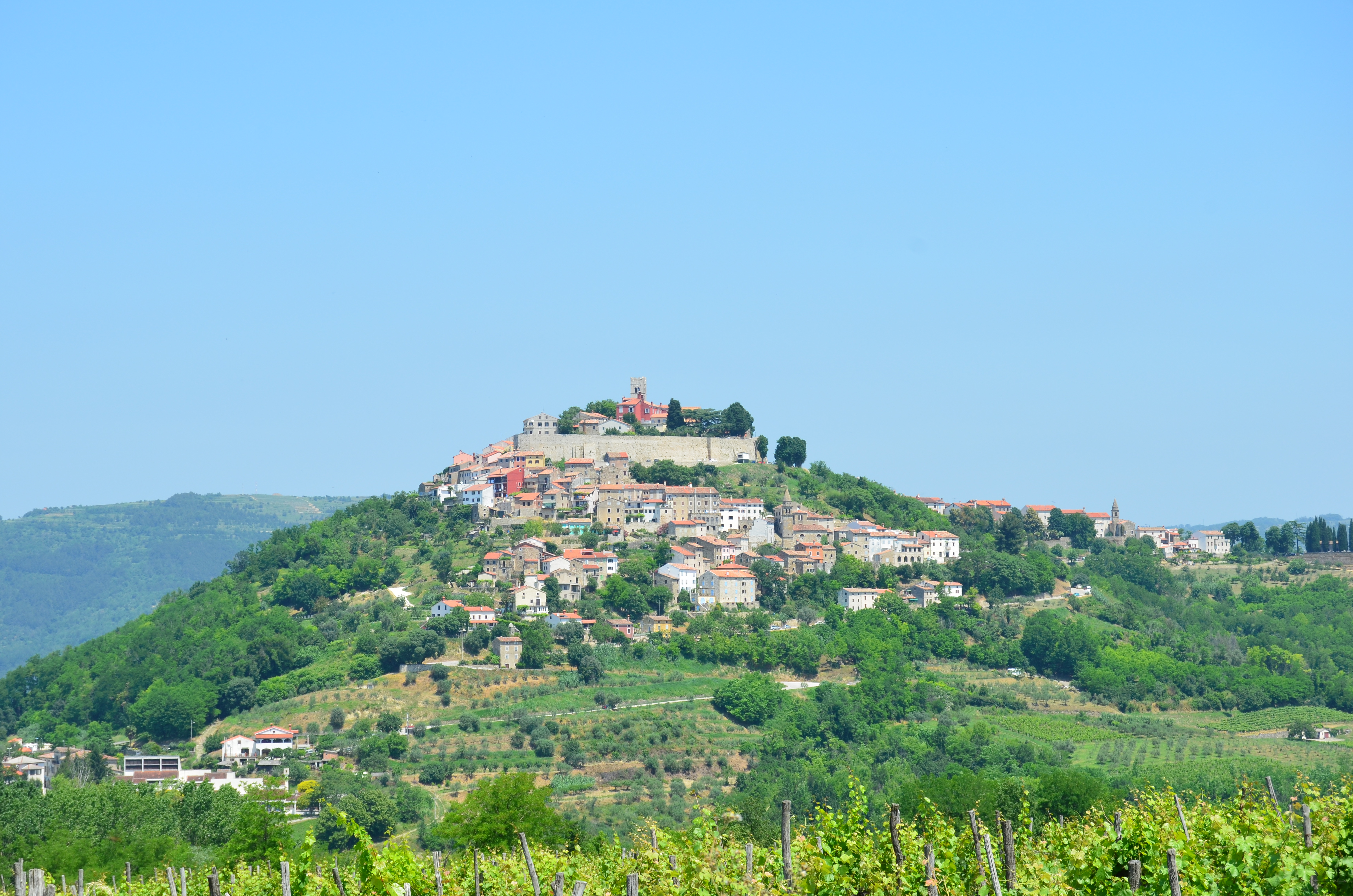 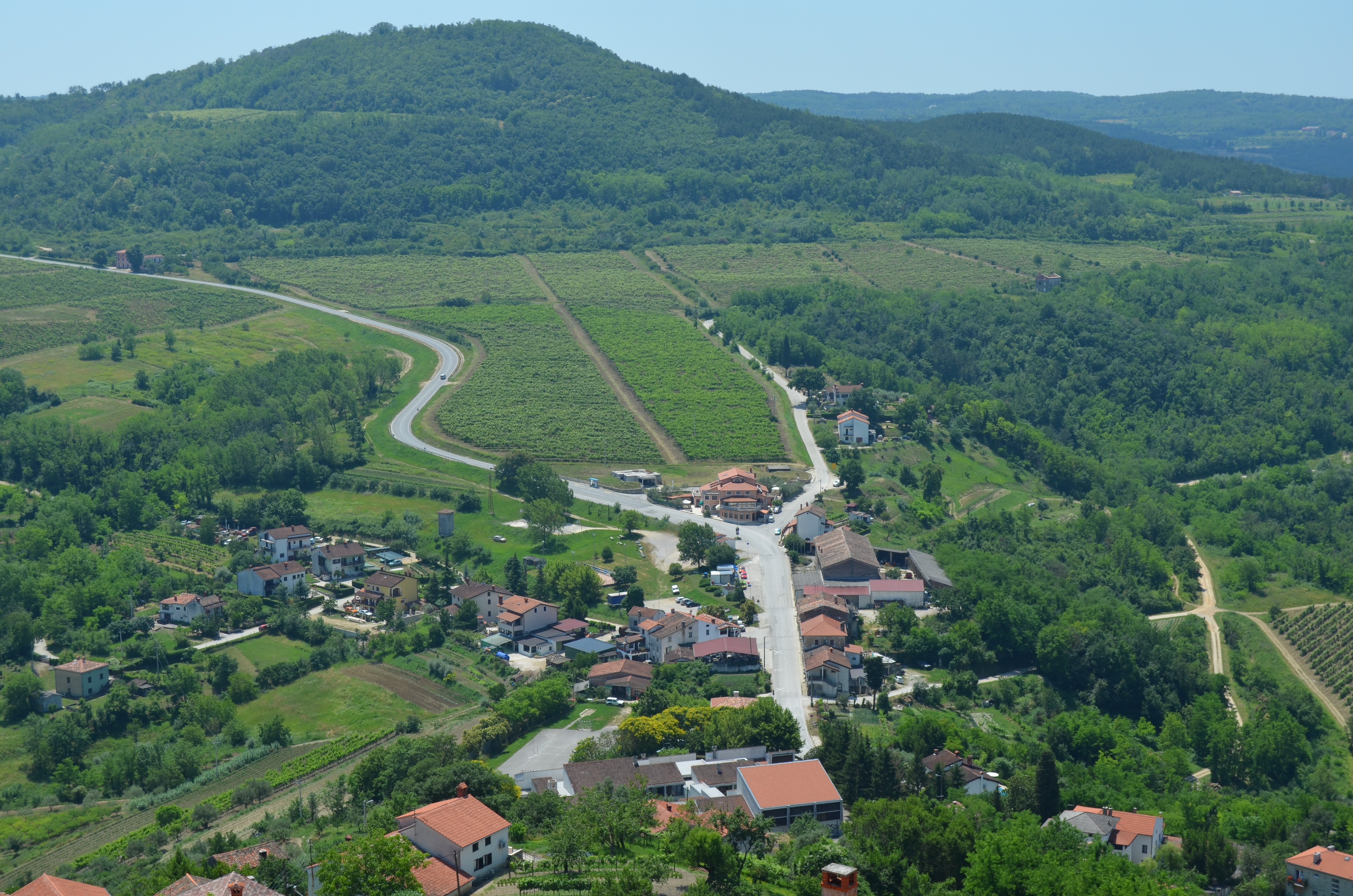 These views are courtesy of the walk we took through Motovun in Istria. Along the steep pathways in Motovun were shops and restaurants exhibiting numerous variations of the truffle oil that Motovun is known for. Before stopping for a taste of the aforementioned truffle oil, we took time to walk around the village and enjoy the view that the height gave us. 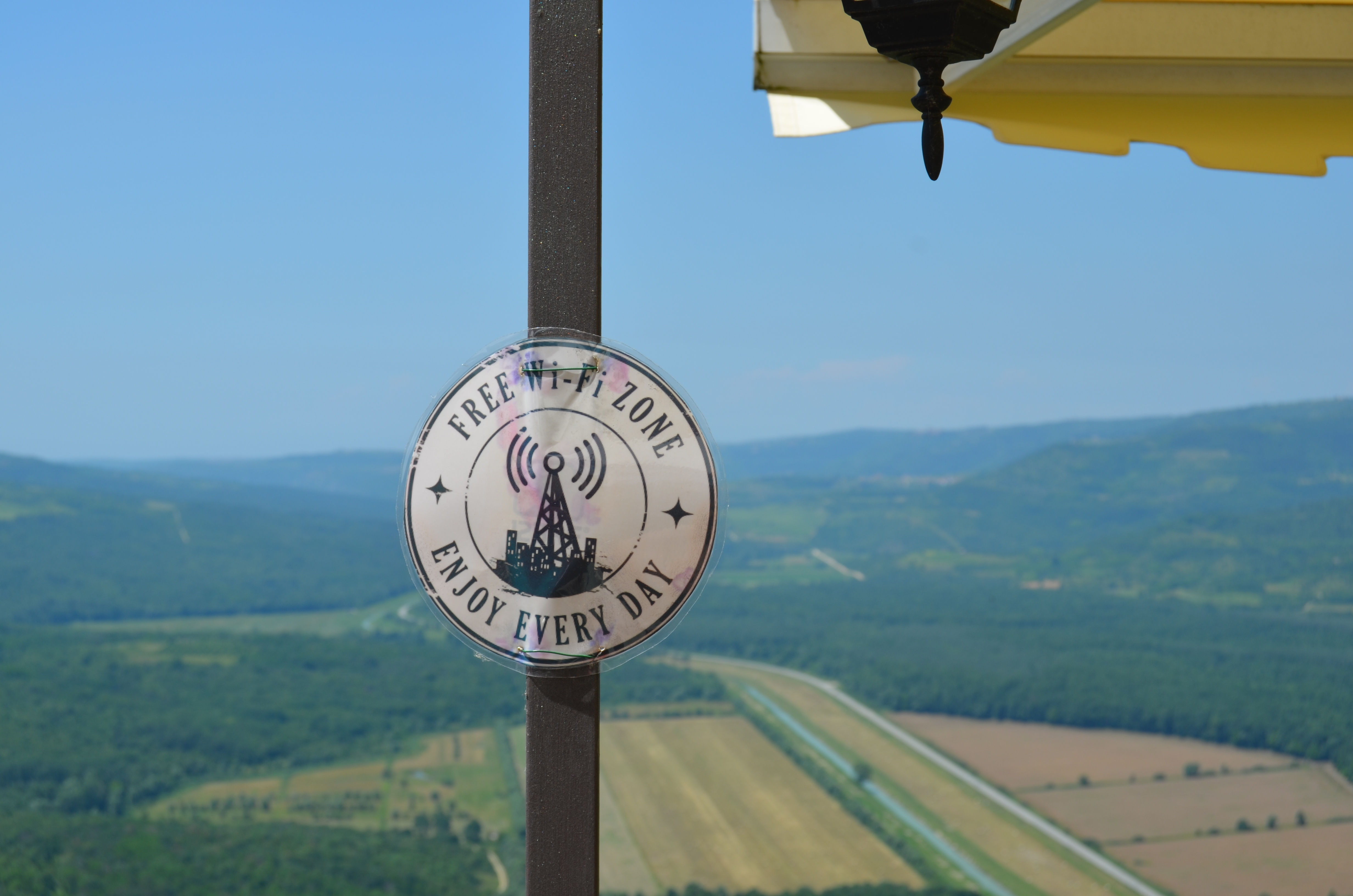 Now this made me smile. While we were climbing upwards in the old city enjoying authentic Croatian truffle oil (so delicious) and unparalleled views, I come across this sign. Free wireless in the mountains?! Ridiculous or amazing? I, personally, think a bit of both 😉 and yes, I absolutely did enjoy my day as I consumed my delicious truffle pasta while taking a couple minutes to scroll through my Twitter feed.

While I know that these pictures give only a tiny glimpse of Croatia and the trip that I took (and only amount to a mere fraction of the pictures I took overall), I felt that these photos (and my thoughts) could not go unshared. I also put together a video of my adventures in Croatia, which you can watch if you feel so inclined 🙂 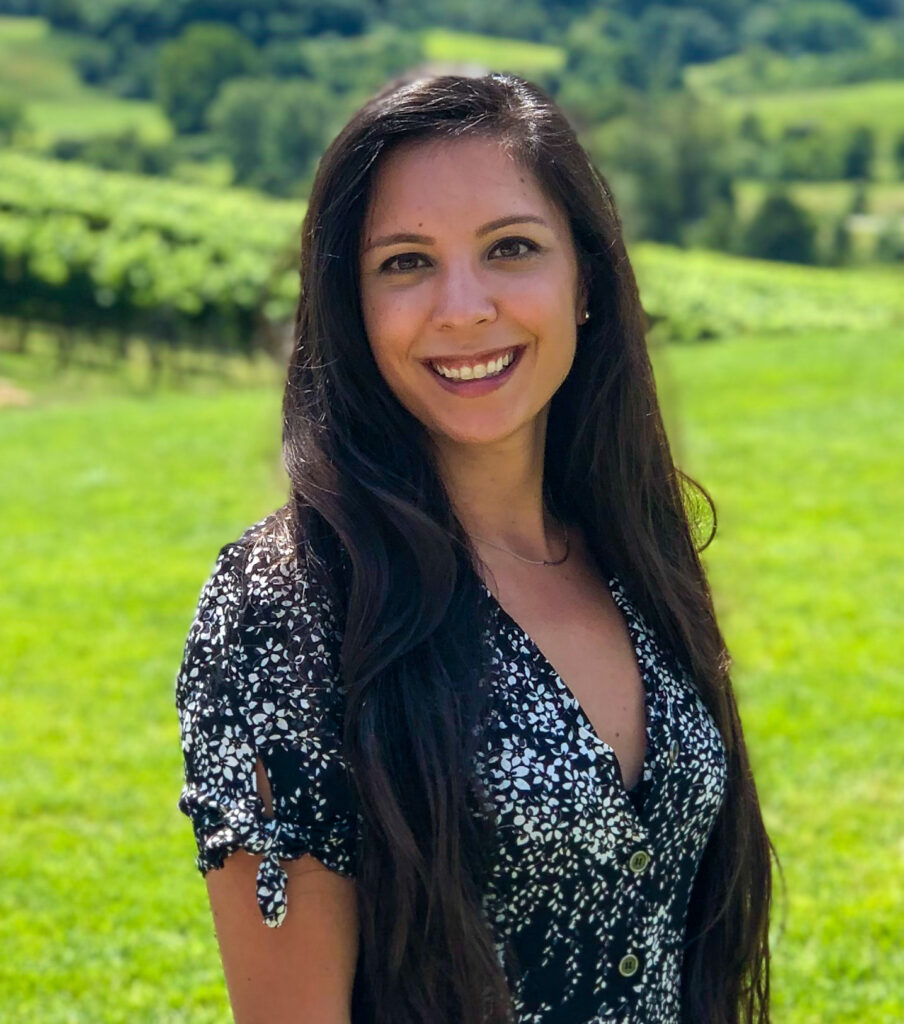